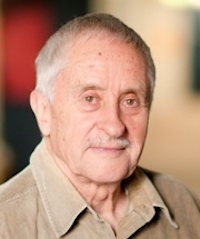 Since the early 1990s there has been a steady and continuing creation of new Regional Trading Agreements (RTAs) in the world economy. By contrast attempts to conclude the Doha Development Round of multilateral negotiations have floundered. There is a growing concern that these discriminatory RTAs may be hindering further multilateral liberalisation.

One response has been a drive to “multilateralise regionalism”. This movement began with a 2006 paper by Richard Baldwin. He proposed to extend the range of countries which may benefit from regional trade liberalisation.

One suggestion is to extend cumulation under rules of origin so that more countries supplying raw materials and inputs can benefit from regional liberalisation. Another example is the 1996 Information Technology Agreement which replaced national and regional tariffs on IT goods by multilateral free trade. These were seen as steps to move the world economy to the ultimate goal of global free trade. More recently other policies have come under the rubric. An example is the accession provisions which allow other countries to join an existing RTA. Others cite the development of new rules in RTAs which have subsequently been adopted in the WTO; for example, the Canada-US Free Trade Agreement was the first to includes rules for service trade, a step later adopted in Uruguay Round GATS.

However, these are a rather motley collection of policies, some adopted regionally and some multilaterally. The obvious method of multilateralising regional preferences would be for one or more members of an RTA to extend all the lower regional tariff rates on an MFN basis to all WTO members. However, no countries have agreed to this, partly because it conflicts with the commitment to exchange market access commitments among the regional members and partly because it involves no reciprocity on the part of the rest of the world. Meanwhile RTAs continue to proliferate. This highlights the urgency of resuming multilateral reductions in trade barriers.

Peter Lloyd is Professor Emeritus at the Department of Economics of the University of Melbourne, Australia.