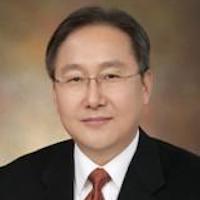 Mr. Inkyo Cheong is Professor of Economics at Inha University, Incheon. He also serves as Director of the Jungseok Institute for International Logistics and Trade, Inha University, following the Head of FTA Research Center (2010-2013), and President of Korea’s International Trade Economist Association (2010). He had been Research Fellow for eight years (1996-2004) in the Korean Institute for International Economic Policy (KIEP). He had been instrumental in establishing the groundwork for Korea’s FTA policy, and has been actively involved as a member of Korea’s negotiation team and advisor in negotiating Korea's FTAs with Chile, Singapore, ASEAN, US, EU, Japan, Mercosur and others. Based his experience and knowledge, he opened the graduate school of FTAs at the Inha University in the fall semester 2013. This program has been financially supported by the Korea’s Ministry of Trade, Industry and Energy.

He was awarded with several prizes due his research performances; Recent ones are Korea President’s Award for the studies of trade policy in March 2011, the Prize of the Best Research from the Northeast Research Foundation in June 2008, the Best Research Prize from Inha University in January 2007, and the Grand Prize for the Best Publication on Market Economy from the Federation of Korean Industries in October 2006. He published 45 books (book chapters) on FTA, APEC, and East Asian economic cooperation, and 55 papers in academic journals.