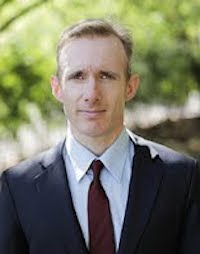 Mr. John Gilbert is Professor of Economics in the Department of Economics and Finance, Jon M. Huntsman School of Business at Utah State University. He received his Ph.D. in Economics from the University of Auckland in 1998. He His area of research and teaching specialization is international economics, and he has published extensively in both international trade theory and international trade policy. He has worked on many international projects for institutions including the World Bank, the Inter-American Development Bank, the Asian Development Bank, the United Nations Economic and Social Commission for Asia and the Pacific, the United Nations Commission for Trade and Development, and the Peterson Institute for International Economics, and is an advisor to ARTNeT, a collaborative capacity-building project between UNESCAP and the WTO. Much of his policy work has involved trade policy simulation using computable general equilibrium methods. In addition to his research work on international trade theory and policy, he has written and published extensively in the area of economics education.