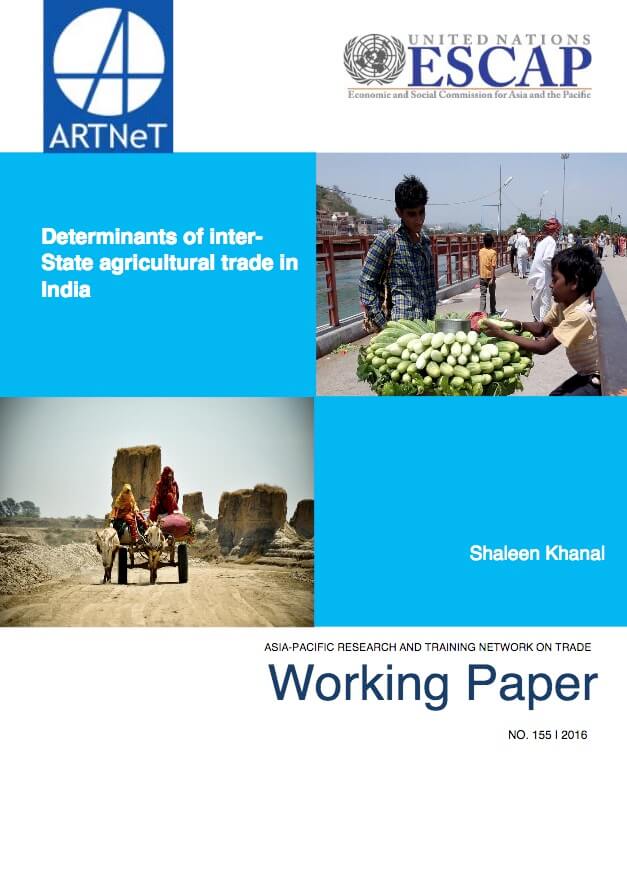 Determinants of trade among various Indian states have been poorly studied in the literature. In this paper, we examine the nature of agricultural trade among Indian states and identify why certain states export more than others, and what governs trade among these Indian states. Using data provided by the Directorate General of Commercial Intelligence and Statistics (DGCIS) for years 2005, 2008, 2011 and 2014, we employ cross-section as well as panel gravity analysis to identify the impact of trade costs and other factors in determining intra-India trade. Contrary to traditional findings, we observe that exporter’s size does not significantly affect exports to other Indian states. We also find that subsidies hurt trade and trade costs measured by deviations from the law of one price have a significant negative impact on the overall trade between Indian states.