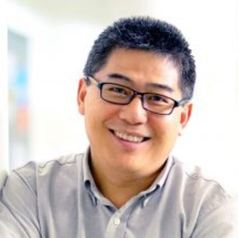 Abstract: This piece will start with the crisis in the global trading system in 2022, as precipitated by the trade war between the US and China, and impasse on WTO reform, and the paralysis of the dispute settlement system.  It will then describe the best-case scenario for 2030, focusing mainly on global trade cooperation centred around the WTO, but also mentioning the cooperation in two related areas, i.e., climate change and data governance.

As the world enters 2022, the global trading system seems to be stuck in a deep crisis: the trade war between the US and China continues into another year with most of the additional tariffs staying in place and the only things missing are the colourful tweets from President Trump; the impasse on WTO reform continues at the eve the 12th WTO Ministerial Conference and most Members remain non-committal to a major reform drive amidst the uncertainties created by the pandemic and the resulting global trade and economic slump; the dispute settlement system continues its paralysis with the Biden Administration refusing to lift its blockage on appointment of Appellate Body members despite its professed affinity to multilateralism.

Will the crisis mode continue into the next decade? Many observers think the answer is yes, with some even predicting the onset of wars, be it cold or hot. However, there is another possible scenario for 2030, where we can see not only the continuation but also the strengthening of global cooperation, especially in the area of global trade governance:

First, despite the initial resistance of some WTO Members, the joint statement initiatives forged ahead with concrete results across a whole range of issues ranging from electronic commerce, trade facilitation to trade and gender, environmental goods and MSMEs. The naysayers were able to make some waves initially by attacking the legal basis for plurilateral negotiations, but as time went by, more and more WTO Members realized that the continued resistance to the plurilateral agreements simply results in their own disenfranchisement as they are left out the important discussions shaping the future rules of global trade. As more and more WTO Members join these negotiations, the plurilateral agreements are also gradually incorporated into the WTO framework, either as Agreement annexed into the WTO Agreements like the Trade Facilitation Agreement, or even made into formal components of the multilateral agreements such as the Reference Paper on Telecommunication. In other words, through the joint statement initiatives, the WTO Members were able to revive the negotiation function of the WTO. This was achieved with the realization that the old “single-undertaking” approach is no longer working with the increasing diversity among WTO Members. Instead of providing a one-size-fit-all solution to all Members, the WTO provide tailor-made solutions that can fit Members with varying needs at different development levels. This also reflects better the reality of world trade, with different Members having different trade profiles and regulatory philosophies.

Second, the WTO dispute settlement system is back to work again with the US ending its blockage on the Appellate Body appointments. The US did not do this out of altruism. Instead, it was carried out when the US realized that, without a functioning dispute settlement system, it would not be able to enforce WTO rules against China and other Members. Trump might have believed that unilateral sanctions work better than WTO dispute settlement, but as the result of the trade war with China has shown, such unilateral measures not only would not solve the problem, but even worsen the trade deficit. Moreover, unilateral tariffs are also unlikely to solve systemic issues, which are best addressed in trade negotiations in the WTO and beyond. By restoring the WTO dispute settlement system, the US also was able to affirm its commitment to multilateralism, which in turn helps to bring WTO Members back to the negotiation table in Geneva.

Third, regional trade agreements (RTAs) continue to flourish around the world. Unlike the previous generation of RTAs, however, the new generation of RTAs no longer focus on the elimination of tariff barriers. Instead, they mainly aim at the reduction of non-tariff barriers and regulatory issues. By exploring different variations to tackle various regulatory barriers, the RTAs provide testing grounds for regulatory cooperation among like-minded countries. The most promising of these regulatory formulations in turn form the basis for proposals for new negotiations in the WTO, thus creating a positive feedback loop where the RTAs becomes the true building blocks of the multilateral trading system. At the same time, the fragmentation of the RTAs is also no longer a problem, as most RTAs choose to include a clause allowing the Parties to appeal decisions in RTA arbitration panels to the WTO Appellate Body, ensuring the uniformity of the jurisprudence.[1]

On climate change, while each country have their own regulatory framework for tackling the issue, they all share the common understanding that climate mitigation policies are supposed to facilitate rather than hinder global cooperation as such task cannot be achieved by one country alone. Thus, in the formulation of their policies, non-discrimination and harmonisation are two principles that most countries adopt as key guiding principles. Such principles ensures that climate mitigation policies of different countries can complement rather than undermine each other, thus resulting in a win-win situation and minimize the impact to global trade flow.

On digital governance, after the unsuccessful efforts by some countries in the first half of the 2020s to carve out digital enclaves of their own, most countries started to realize that the digital sphere is global by its very nature and the key should be on ensuring security through increased interconnectivity rather than isolation. Again, trade provides a useful example, with important lessons learned from the unsuccessful attempts of some countries in delinking their trade relationship which resulted in great disruption to their supply chains and reduction of consumer welfare. In the realm of digital governance, a balance is achieved by a universal recognition of certain fundamental principles such as the free cross-border data flow and prohibition of data localization requirements, with the possibility to invoke exceptions under a few carefully enumerated circumstances, under the general framework with non-discrimination and interconnectivity as the backbone.

Such best-case scenario for 2030 is not just wishful thinking. Instead, if we can learn anything from the history of the multilateral trading system over the past 75 years, it is the belief that global cooperation can happen even under the direst circumstances, such as at the end of the Second World War. Of course, this does not mean that global cooperation would just happen on its own. Instead, only with the hard work of all those who understand and appreciate the value of global cooperation can we bring the ideas to fruition, and the next decade will be a crucial period to turn these visions into reality.

*"This text was prepared as a think piece for the Council on Economic Policies  project "Trade Governance for Sustainable Development".

Gao is Professor of Law at Singapore Management University School of Law. His research areas include WTO, International Trade Law, Chinese Law and Law and Economics.