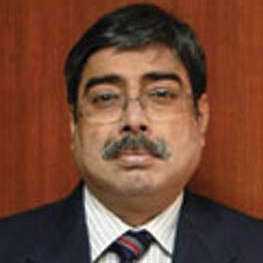 President Trump’s decision to increase import tariffs on steel and aluminium to 25% and 10% respectively, raises a number of critical issues that are central to the global trading regime. The fundamental issue is the unilateral nature of these tariff hikes. Tariffs were raised also on two other products, namely washing machines and solar cells and modules. There are indications that this list may get longer. Tariffs on steel and aluminium have been raised by invoking the provisions of Section 232 of the Trade Expansion Act of 1962 that allows the Administration to protect domestic industries for “national defense” and “national security”. Tariffs on washing machines and solar cells are being raised by using Section 201of the Trade Act of 1974, which sanctions use of safeguard measures.

Imposition of import tariffs on steel and aluminium is a real source of concern as “national security” has been interpreted to include “general security and welfare of certain industries, beyond those necessary to satisfy national defense requirements that are critical to the minimum operations of the economy and government”, which can easily be (ab)used to include more products. Additionally, egregious is President Trump’s insistence that the tariff increases are for an “unlimited period”.

However, Canada and Mexico with whom US is currently renegotiating the North American Free Trade Agreement (NAFTA) have been exempted from the high tariffs on steel and aluminium tariffs. The fact that its FTA partners (such as the Republic of Korea) are not spared, indicates that US could be using steel and aluminium tariffs as a negotiating chip in the NAFTA renegotiations.

In fact, a suggestion that US would push for “reciprocal tax” against countries applying tariffs on (any?) American products is bound to draw ominous parallels with the Smoot-Hawley Tariffs, invoked in 1930, triggering a trade war with a collapse of world trade. In a throwback to the 1930s, major trade partners of the US and Japan have spoken against the move to increase tariffs. The former is mulling 25% tit-for-tat levies on a range of consumer, agricultural and steel products imported from the US, including American icons like Harley-Davidson Kentucky bourbon and Levi’s jeans.

The Smoot-Hawley Tariffs happened in the absence of any global trade rules. But, in the past few decades, threats of American protectionism occurred while both the US and its partners had shown their commitment to adhere to the trade rules built into the World Trade Organization, and ultimately, corrective measures could be taken by sticking to those rules. The current unilateral act of protectionism is taken without any regard of the rules-based multilateral system. In fact, this action coupled with other (non)actions should be seen as de facto rejection of the multilateral trading system by the current United States administration. One can only hope that other Governments are not (trade) war thirsty.

Biswajit Dhar is a Professor at the Centre for Economic Studies and Planning, School of Social Sciences at Jawaharlal Nehru University, Delhi.